This week we are checking out one of the more notorious bars in the city. Not notorious in the sense of being a drug den or you get beaten up by looking at one of the inmates in the wrong way. Rather because of the reputation that the proprietor had built up.

On this site originally was the single storey Volunteers Rest from at least the 1860s. It opened as a purpose built pub and inn in 1871. Riflemen trainees used to come off Blackford Hill to slake their thirst and Rest was changed to Arms by owner John Kerr sometime after 1901.

Volunteer Arms is a common name for a pub. One named as such was featured in Trainspotting but our one is at the totally opposite end of the spectrum. You are far more likely to have the clientele here talking about rugga‘ rather than fitba‘

A.k.a. The Canny Man’s—  After delivery of the week’s beer the dray horses used to be left outside across the road morrals on- another word for feed bag, nose bag – don’t know if it is redundant or archaic but I like it- whilst the delivery men had a couple. After a while the horses got restless and started moving off and causing a bit of mayhem.  This would eventually attract the attention of one of the draymen who would come out and shout out “Canny Man” in a vain hope of calming his beast down. Probably apocryphal, but according to Christian, the son of the current proprietor, this is what his uncle told him. More likely to refer to John Kerr. Stealing a quote from the pub’s fact sheets, ” In later life he was to be nicknamed the ” Canny Man” and this he was”

Can you spot the cat’s seat Sherlock?

I love to cook and am being continually exhorted in my recipes to use kosher this and kosher that, so I did some research to see if I could make some sort of sense of it. Shouldn’t have bothered really. However over the last century numerous rabbinical organisations have sprung up that will certify your new  products, restaurants, etc.  Alright already!

The EU:   Well it’s decision time UK. Are you in? Are you out? How did it ever come to this? Plus we’ll have the Trumpet in Scotland on the day. I think he’s going to build a wall round Turnberry because a Mexican has applied for membership.
Philip Green has just taken possession of a £46 million jet. Shame 11,000 people are out of work with pension black hole from his recent commercial enterprise. ( The word enterprise can have dark connotations and that certainly applies here )

He so wanted to sort out the pension debacle that he sold the business, but only in the literal meaning of the phrase, to a 3 time bankruptee. Goldman Sachs apparently advised him, with no fee, that it was ok to do that!

A couple of phrases used recently by BHS employee who lost her job. Plundered and destroyed. Sickening levels of avarice and injustice are commonplace. That’s good old unfettered capitalism for you.

I wonder if Sir PG Tips after he eats out?

Back to EU vote: Sorry got distracted. This is mirrored in the modern tendency for newspapers ( read owners, media barons ) that instead of allowing an even handed appreciation of events, now take sides and instruct their craven editors to follow the party line. Which party they support. In or out? Etc. They are doing this for the wider common good? Don’t insult our intelligence. Like curdled cream self-interest sits atop this toxic cocktail.  ( Steady son! Ed. )

Never mind, the Tories have learnt from recent events and today propose to allow a failing industry to cut their employees pension without their permission. The government has a ” high level offer on commercial funding” on the table. Tata steel has liabilities of about £15 billion on it’s pension scheme and this costs more than £100 million to support.

What makes me really angry is not that we should be looking at ways to mitigate unforeseen circumstances in longer term viable businesses or that we may need to spend public money to this end. ( potentially up to a billion for Tata ( will it then shortly be thanks a lot and ta, ta UK? ) It is the fact that I don’t  hear anything from those in power about how we stop fat cats from getting fatter especially at the cost of everyone else’s futures being compromised . Wrecked might be a better adjective?

Whilst coincidentally more and more of the general population become fat pigs!

Neoliberalism: Now I’d never heard of that ’til my friend and knee surgeon Malcolm MacNicol gave me a book entitled The  Neoliberalising of Old Age written by his brother John. I was wondering what the definition of the word might be and thought that it might be linked to a laissez faire type of economic model. When I researched it what did I find? Yes two French words right enough. Quite pleased with my old self really! Carte Blanche are another two French words which would imply a similar philosophy.

It ain’t working but for the few. Seems that the third way will never top old blue eyes my way. 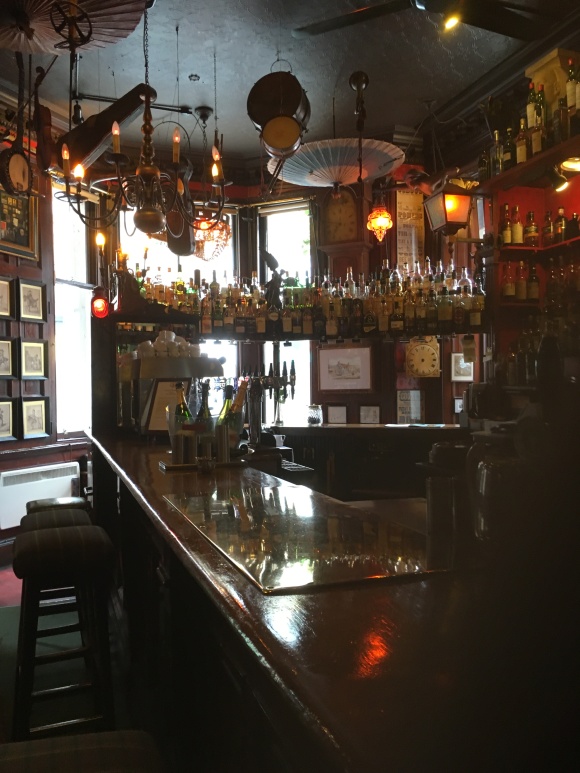 Rick Stein reckons the Canny Man’s is the best pub in the world and whilst it might not qualify for that accolade solely on the well maintained 8 draught beer selection it may well do so on it’s wonderful nooks and crannies, huge selection of whiskies, wide choice of champagne and a magnificent cornucopia of items, each of which has it’s own story, which ” decorate” the walls and ceilings. Long may it last as more and more of our pubs close down or become Wetherspoon clones.

Long May You Run.

Retired. Working life split first in molecular biology then as pro tennis coach.
Hobbies: playing guitar, cooking, spending time with friends, eating out, attending concerts.
Interests: The world all around us- where it's been and where it's going.