When in exile Robert the Bruce was supposedly inspired by the perseverance of a spider so here goes again.

Just back from a trip to Canada to celebrate brother-in-law’s 80th birthday. We spent a few days in Ottowa at the hotel below.

We got schlossed here every night.    Sorry, couldn’t resist it!

The only hotel we’ve stayed in with marble skirting boards.

Above we have Ottowa’s version of Edinburgh’s High Street pub.

On a bus tour of the city we passed Craft Beer Market so took a walk there later to check it out.

Only open for a few months it’s main selling point is it’s choice of over a hundred cask beers. Try a six pack sampler for 9 bucks. A great way to try small volumes of lots of different brews.

Our bar manager Mauro Kelly tells us the place is doing well and in true Scots fashion we wait ten minutes til 3.0 before ordering food so that we get $3 off each of our snacks!

The White Hart Inn in Edinburgh is famous for a photograph of what is apparently a ghostly hand but Craft Beer Market appears to have two!

Basketball was on another screen and, fortunately for me, tennis was on above the bar.

Now Serendipity can be a fickle mistress but when we went for another “walk along the river” (” Blue Sky ” – Allman Brothers ) we arrived at the Mill Street Brewery. Happy coincidence!  After placing our order the waiter came back to say that they wouldn’t serve my choice as it had only come off the lorry a few hours ago and would not be at a suitably cold temperature. I was mightily impressed by that. 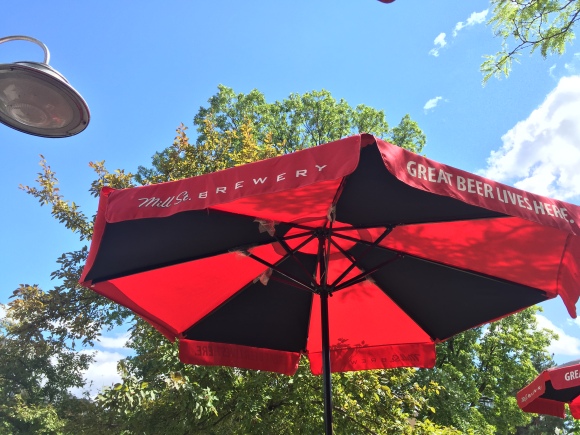 I made another choice brewed on site as below. 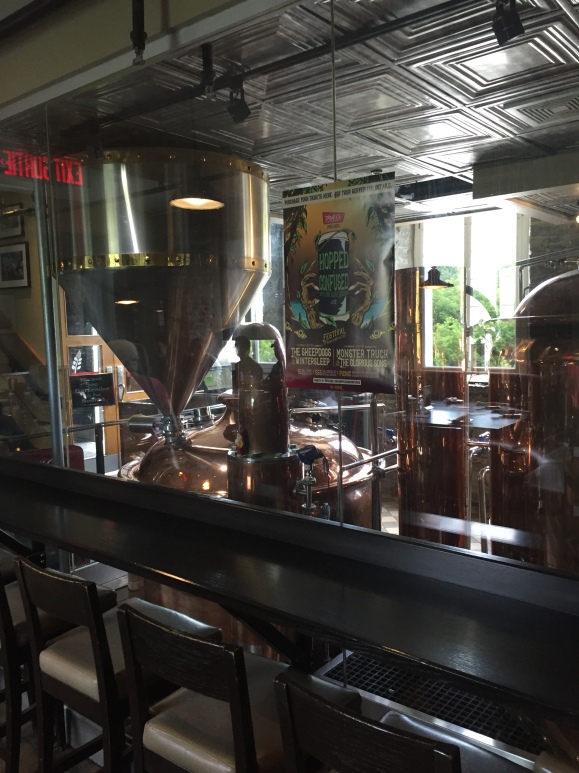 Ok, the most common Irish surname is Murphy.

The most common name for boys in Glasgow was Mohammed.

I have got to congratulate myself for having got through this blog without any political comment. ( Readers may be advised to miss the next few. Ed.)

The last photo is the blogger in brother-in-law’s back garden.

Retired. Working life split first in molecular biology then as pro tennis coach.
Hobbies: playing guitar, cooking, spending time with friends, eating out, attending concerts.
Interests: The world all around us- where it's been and where it's going.